Independent Contractor or Employee? How Even FedEx Got it Wrong 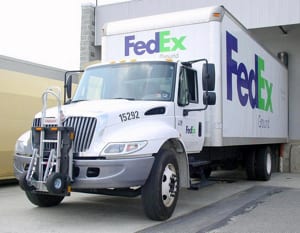 Small business owners often look to top companies for examples of the best practices they should use to manage their own enterprises. In fact, Disney created a whole program called Disney Institute just to teach smaller companies how to adopt the key principles that make Disney such a successful worldwide brand. But sometimes, following in the footsteps of the big players isn’t such a good idea.

Take the example of FedEx, the $45 Billion “blue chip”, Fortune 500 global logistics and delivery company. With more than 300,000 employees, one thing that you’d think we could all learn from FedEx is how to manage an effective workforce.

Turns out, this business of determining if someone really works for you or not is trickier than a lot of us think. Either that, or perhaps it’s just too easy for business owners to drop into a dreamland of wishful thinking, as they envision saving up to 30% in labor costs by not having to pay overtime, social security, payroll taxes, worker’s compensation or benefits.

When FedEx purchased Roadway Package Service (RPS) to create its FedEx Ground division in 1998, the company took the position that drivers operating for the subsidiary were not employees. After all, many of them owned their own vehicles, handled their own maintenance, took care of their own uniforms, and operated essentially as subcontractors partnering with FedEx Ground to be a part of its national network.

On the other hand, it was FedEx Ground management that specified the vehicle requirements; maintenance standards; uniform requirements; delivery times; paperwork and filing processes; and even daily personal grooming expectations. The company also deducted fees from the drivers’ pay to cover uniform costs, truck washings and rental of the scanners used to log shipments. Drivers routinely worked 50+ hours to maintain their contractual obligations, but since they were not employees they were not paid overtime, nor did the company contribute to their Social Security, worker’s comp or unemployment insurance, among other things.

Well, the chicken came home to roost for FedEx Ground in late August when a federal appeals court ruled that 2,300 FedEx Ground drivers in California were misclassified as independent contractors when in fact they should have been classified as employees.

The fallout? Hundreds of millions of dollars in damages, hundreds of millions more in back taxes, and a major company rapidly rewriting its independent contractor agreements in other states, hoping to prevent the California decision to impact it nationally.

While the legal specifics are highly intricate and continue to be contested by both sides, the moral of the story boils down to this: If it quacks like a duck and walks like a duck, chances are, it’s a duck. From the government’s perspective, an independent contractor needs to be not just a contractor – it also needs to be independent.

According to the IRS, three key categories can be used to perform an initial assessment of this question. They are behavioral, financial and relationship type. In summary, if you are primarily directing, instructing and managing the contractor; if they are NOT truly operating a separate business operation that has its own infrastructure, expenses and profit or loss, then the contractor is not independent and should be promptly re-classified and brought onto your payroll as an employee.

For more details and specifics on twenty factors the IRS will use, please see this publication:

The FedEx Ground case is just one of numerous instances in which the courts have increasingly questioned the role of independent contractors in many situations. Nonetheless, the FedEx Ground case gives what to most of us would serve as a surprisingly clear example. In that example, just about everything was controlled by FedEx Ground, and if the same job were performed by an employee or an independent contractor, the two people would look, act and function in almost identical ways.

So as you look at your independent contractor relationships, make sure you’re enabling them to walk like whatever they are – ducks, geese, blue jays, hawks or greyhounds. That means not managing them or their activities like those of employees, and ensuring that they are operating as independent business people providing value-added services to your company, invoicing you for those services – and not just doing work like an employee would.