That Was Fast! How New Union Election Rules Impact You 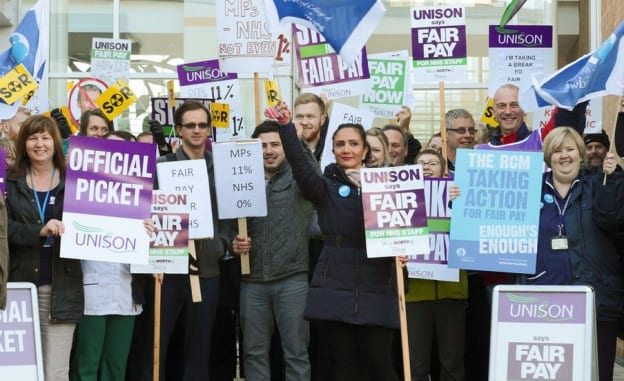 There aren’t too many words that strike fear in the hearts of many business owners as much as the word “union”. It’s right up there with “IRS” in the list of “What keeps me up at night” for many CEOs.


Of course, this is perhaps an unfounded fear. For example, Southwest Airlines is the most successful (and nimble) airline in the U.S. It is also one of the most unionized. And when Volkswagen opened one of its U.S. auto factories, it actually invited unions to organize up front, precisely because it views proactive labor relations as a core competitive asset.

The key to success with labor relations – whether or not your business is organized today, and whether or not it is likely to become unionized in the future – comes down to knowing the rules and being strategic, rather than reactive, when you address labor issues. Of course, it is a fundamental best practice to treat the union leadership with respect and your unionized employees as you would any other employee.

That’s why every business owner needs to stay informed about how and when employees can organize, and what that process looks like. This is especially important since the National Labor Relations Board (NLRB) issued revised union election rules that take effect on April 14, 2015.

The new rules include provisions designed to streamline the election process and enable wider use of digital processes. Key points include:

This is a partial list of points, as the actual rules contain extensive provisions and updates to the process as a whole. In general, though, these points emphasize the common themes throughout the new rules: adding more information; expanding the use of digital communications; streamlining steps; and shortening timeframes in the organizing process.

Some leaders in the business community are referring to the changes as “ambush election” or “quickie election” rules, clearly designed to favor the unions at the expense of business owners. Other observers have taken a more sanguine approach, although Congress is in the midst of hearings and the drafting of legislation to try and overturn the NLRB’s new policies.

Nonetheless, regardless of what does (or does not) happen in Washington, as a business owner you need to plan accordingly and be prepared to respond strategically to a labor organizing effort that utilizes these new options.

The complete text of the new rule document in its entirety covers 733 pages from cover to cover, so the best way to determine how these changes impact your business specifically is to discuss the details with your human resource professional.

Bottom Line: Labor organizing is a complex and demanding process that can overwhelm the most accomplished business owners and employers. It’s essential to stay informed on labor law regularly by engaging with your internal HR and legal teams, as well as through updates and dialogues with outside counsel.

The Secret of Southwest Airlines: The Myth of Mean Labor http://www.counterpunch.org/2010/04/01/the-secret-of-southwest-airlines/