Say It Ain’t So: Know What Not to Ask Your Next Future Hire (Accidental HR) 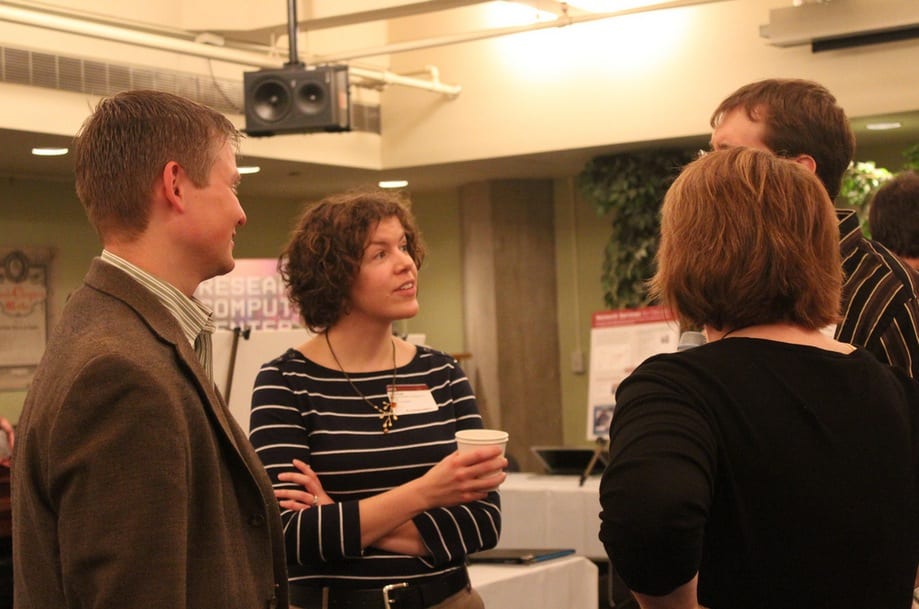 One of the greatest challenges businesses face is to develop an effective process for attracting, recruiting, evaluating and hiring talented employees for the company.

Studies show that the number one problem with most job interviews is that the employer talks too much…often reducing the candidate’s contribution down to a few nods and mumbled statements of agreement.

Hiring managers are often so eager to fill a critical position and so excited about meeting their team’s needs that they forget to actually interview their candidates properly.

This is, of course, a pretty serious problem because it renders the interview process essentially useless. But if you can believe it, there is one thing an interviewer can do that’s actually worse than not asking any questions…and that is asking the wrong questions.

Here are twelve questions that you – and your team – should never ask a job candidate. That means that, even if you know these points and are doing a great job interviewing, you need to ensure that every employee in your company who interviews or meets potential future hires knows that these are all prohibited questions as well.

The ‘dirty dozen’ of prohibited employer interview questions include:

1. Race – Whether the question is blunt and direct (such as “What race are you?”) or perhaps more innocent or indirect (such as “Oh, your skin is so beautiful, are you part black or part Indian?”), any question about race is prohibited.

Note: In very rare instances, a company (such as a modeling agency) may ask applicants to submit a photo or otherwise reveal their race during the hiring process, but in order for this to be legal it must constitute a Bona Fide Occupational Qualification (BFOQ) under the law. Even then, however, it remains illegal for employers to ask job candidates about race or skin color.

2. National Origin – Questions about where a candidate was born, whether or not a person is a U.S. citizen or remarks about language style or accents are all prohibited. Again, the law does not distinguish between direct inquiries and more conversational questions: prohibited is prohibited. The only question you may ask along these lines is whether a candidate is eligible to work in the United States (something you will later verify with an I-9 form).

3. Gender – Potential employers cannot ask questions pertaining to gender, and these can be subtler than you might think. For example, this means that questions asked of male and female candidates must be identical, and that questions about plans regarding marriage and children are also off-limits.

4. Marital, Parental or Family Status – Speaking of marriage and children, this is all strictly off limits as well. Remember the old days when people actually specified their marital status on resumes? Those days are gone. Not only can you not ask about marital status, but you can’t ask questions that would likely reveal marital status (such as “Oh, what’s your maiden name? I think I might know your family.”, “Is that your wedding ring?”, “What a beautiful engagement ring! When are you tying the knot?” or “Oh, are you divorced?”.

5. Age – Questions about a candidate’s age are not only prohibited, but they get their own law too. The Age Discrimination in Employment Act (ADEA) protects persons over the age of 40 who work in companies with more than 20 employees, specifically from any form of age discrimination. And ADEA is often further backed by state laws that extend those protections. Like marital status, age cannot be targeted directly or via indirect questions (such as “When did you graduate from high school?” or “What class were you at the state university?”).

6. Disability – Not only must questions about disabilities be avoided, but the law (specifically the Americans with Disabilities Act as Amended or ADAA) also requires employers to provide reasonable accommodation for employees who have disabilities.  There are lots of questions here that are red flags. Think of questions such as “How often were you out sick at your last employer?” or “When was the last time you filed for worker’s compensation?” Also, any questions about medical history, prescription medications or family medical issues are also strictly off-limits.

7. Religion – You’d think this one would be obvious, but alas it is not always that clear to people. Again, it can pop up in indirect but illegal questions such as “Oh, do you go Saint Mark’s in downtown? I think I may have seen you there recently.” or “Does your family observe Rosh Hashanah?”

8. Arrests – Not everyone understands how our criminal justice system works, so let’s start with a pretty important distinction: An arrest is not the same as a conviction. Until a person is convicted of a crime, they are considered innocent until proven guilty, which means that you cannot ask a job candidate about their arrest record. Employers in some cases will include a question about felony convictions on a job application, but while the law allows this to be identified, the EEOC requires employers to weigh a number of factors when considering a candidate, and not reject a candidate on the basis of criminal history alone.

9. Birthplace – While we’ve been on the topic of not prying into a candidate’s personal life, where they were born is also one of those things not to delve into. Don’t go and ask them what hospital they were delivered in, or what town they hail from – it’s not legal.

10. Military Service – Naturally, if you are considering a military veteran for a position, you will probably be aware of that status. However, you may not ask questions about the nature of a person’s military discharge (i.e. whether or not it was honorable or dishonorable). You may, however, ask about ranks achieved, skills acquired, etc. — job-related inquiries about the work itself.

11. Personal Finances – This is dangerous territory on many levels. Discussing a candidate’s personal finances is not appropriate and usually illegal. In addition, there is a movement underway to further restrict employer use of this kind of information. Questions that are clearly off-limits include those regarding home ownership, bankruptcy, wage garnishments, etc. Employers may (in most states and jurisdictions) perform a candidate credit check, but only where good credit is a directly applicable requirement for the position.

12. Organizational Affiliations – This is a broad category that indirectly covers many of the issues we’ve already addressed. For example, you cannot ask questions that may reveal associations the candidate has with a political party, social cause, church or religious group, or union or organizing effort.

13. Height or Weight – Personal details associated with a candidate’s physical stature or health are not permissible and are to be avoided at all costs. Don’t, for example, ask a candidate questions such as “Oh, have you ever tried Jenny Craig?” or “My cousin has diabetes too – do you want me to introduce you to her?”

14. Social Media Passwords – Don’t even think of asking candidates for their social media passwords. Certainly, what a person shares publicly online is one thing, but courts are increasingly cracking down on prospective employers demanding (or even asking nicely for) access to candidates’ social media accounts.

15. Sexual Orientation – Some jurisdictions have laws specifically prohibiting employment discrimination on the basis of sexual orientation, and some do not. However, the EEOC recognizes many forms of discussion about sexual orientation as forms of gender bias. Put another way, regardless of the law in your locality, asking questions or implying preferences over sexual orientation is a good way to run into legal trouble, either with the government or through a lawsuit. Just like all questions about gender, health and personal status, these should remain strictly off the table.

As you can see, there are a lot of ways to get into trouble when interviewing a potential job candidate.

Remember, a little small talk to break the ice when you start an interview is a sensible thing. But beyond that, you need to keep the interview on-task and on-point.

Prepare a list of key questions ahead of time and run the meeting with those presented clearly, in order. Listen more than you talk. Take notes. Observe social cues.

And stay away from these illegal topics or you’ll find yourself practicing a dangerous form of Accidental HR in no time.

For more information on how your business can properly and legally implement effective recruiting and candidate interviewing procedures for new job candidates, contact HR Resolutions today for a free initial consultation to discuss how on-site, on-call and as-needed HR outsourcing can work cost-effectively in your business, or call us at 717-652-5187.

Ten Questions You Should Never be Asked in an Interview
https://www.experience.com/alumnus/article?channel_id=Interviews&source_page=additional_articles&article_id=article_1150295002556

Job Interview Questions You Should NOT Answer (Or Ask)
https://www.linkedin.com/today/post/article/20140403061420-64875646-job-interview-questions-you-shouldn-t-answer-or-ask